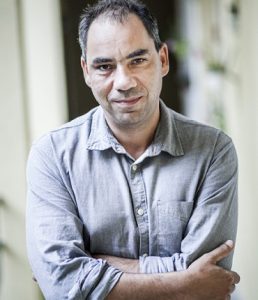 Balazs Weyer is director of programming at Hangvető, host of WOMEX in 2015 Budapest, Budapest Ritmo Festival and Budapest A Cappella Festival. He is a member of the World Music Charts Europe jury and several other bodies, like the Hungarian Album of theYear Prize, the Slovakian Radio World Music Awards, WOMEX samurai in 2014, etc. He coordinates CEMS, the Central European network of world music promoters, festivals and professionals. He has university degrees in World Music Studies and journalism.